// Add the new slick-theme.css if you want the default styling 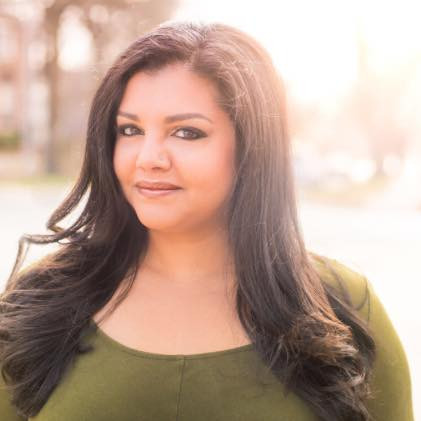 Ferial Pearson was born and raised in Nairobi, Kenya. She is the oldest of four girls and the first in her immediate family to go to college. After graduating from Peponi School in 1997, she left Africa to attend Gustavus Adolphus College in Saint Peter, Minnesota, where she earned her Bachelor's degree in 2001 in Communication Arts Literature Teaching, and where she met her husband, Daniel. She was offered the opportunity to teach in Omaha at Omaha South High School, where she taught English and Reading for ten years. During her time there, she also served as the Gay Straight Alliance and Unity Club sponsor, and received national awards for her work with students and in the community. These included the National Education Association's Virginia Uribe Award for Creative Leadership in Human Rights in 2012, the Gay Lesbian Straight Education Network's Educator of the Year Respect Award in 2011, and she was the Nebraska representative and finalist for the National Council of Teachers of English Academic Freedom Award in 2012. Locally, she has been awarded the 2011 Omaha Education Association's Human Relations Award, the 2012 Promising Professional Award from the University of Nebraska at Omaha, and RESPECT's 2011 Anti-Bullying Award and a TOYO (Ten Outstanding Young Omahans) Award in 2014. She also earned her Master's degree in Curriculum and Instruction with a Graduate Certificate in Urban Instruction from the University of Nebraska at Omaha in 2009. Ferial left Omaha South High School to work as a Talent Advisor for the Avenue Scholars Foundation and taught for them at Ralston High School for two years until 2013, during which time she created the Secret Kindness Agents project, which became the subject of a book, a TEDx Talk, and was the focus of her dissertation. She currently is an Assistant Professor at the University of Nebraska at Omaha in the Teacher Education Department.  In 2016, she was the recipient the Kennedy Center’s Stephen Sondheim Inspirational Teacher award. In 2017, she earned her Ed. D. in Educational Leadership and in 2019, she was awarded the International Women’s Day Award from the Refugee Women Organization of Nebraska in 2019 as well as the Outstanding Community Leader Award from Senator Adam Morfeld and Civic Nebraska. In 2020, she was awarded the TriFaith Bridge Builder Award. She lives in Omaha, Nebraska with her husband Daniel, son Ilahi, and daughter Iman.